Iceland is where glaciers reach for the skies and deep blue mountain lakes fill steep valleys with sharp green peaks on all sides. This small group escorted itinerary provides a year round adventure including bouquet accommodation, and activities. (if you prefer, you can self drive this itinerary).
Northern lights are visible during winter, August 25 and April 25.

Day 6 – Iceland East – Hengifoss waterfall is one of the highest waterfalls in Iceland, located in a beautiful geological setting.

Day 7 – Iceland North – Námaskarð, often referred to Hverarönd is an active and ever changing field of thermal springs, mud pots and boiling mud.

Day 10 – Departure – Transfer to Keflavík airport and depart for US.

Arrival at Keflavík airport, where the guide picks up the guests. Transfer to the accommodation in Reykjavík. Reykjavík sightseeing in the afternoon (if early arrival). Northern Lights in winter (August 25 – April 25).

Breakfast at the hotel. Thingvellir is characterized by tectonic rift valley and marks the rifting of the Eurasian and North American plates from each other. In 930 the Icelandic Parliament, the first democracy in the world, was established at Thingvellir. Thingvellir became World Heritage Site in 2004. Strokkur and the Geyser area will be visited. The geyser Geysir itself erupts boiling water up to 70 meters, but is almost inactive now. Strokkur, another geyser, erupts on average every 4 minutes. Gullfoss, Golden Waterfall, is a beautiful waterfall near Geysir area. Enjoy the view from above and walk down the path to get close to the powerful waterfall. A unique lunch experience at Friðheimar greenhouse sustainable farm (lunch included). End the day in the relaxing atmosphere in the Secret Lagoon.

1. Snowmobile tour. The snowmobile tour departs from Gullfoss. A monster truck takes travelers up to Langjökull glacier, and professional guides lead on a 1 hour snowmobile adventure in the Icelandic highlands, giving the most amazing views of the majestic glacier and its surroundings (+$210 pp).

2. Snorkeling. Snorkeling in Silfra is one of the most beautiful snorkeling spots in the world, due to clean and clear water and visibility. All the gear provided at location for the tour (+$119 pp).

Breakfast at the hotel. Today drive the south coast of Iceland. The first stop is Seljalandsfoss waterfall. It is 60 m high and it is possible to walk behind it, and get a unique view from behind. Skógafoss is one of the most famous waterfalls in Iceland. Eyjafjallajökull volcano is now famous for it´s 2010 volcanic eruption that disrupted air traffic in Europe. Iceland is a volcanic island, made up mainly of basaltic material that is black in color. Hence, the “Black Beaches”. Reynisfjara was, in 1991, ranked as one of the ten most beautiful non-tropical beaches in the world. On the beach there are the remarkable basalt columns. Reynisdrangar is a seastack, a geological formation made by wave erosion of surrounding material,.Sólheimajökull is an outlet glacier, flowing out of the ice cap Mýrdalsjökull. Underneath Mýrdalsjökull is the famous volcano Katla. Glaciers are retreating and disappearing around us on an unprecedented rate. It is predicted that in few decades the glaciers will all be gone.

Extras: A glacier walk on Sólheimajökull glacier. All the gear provided at location for the tour (+$99 pp)

Breakfast at hotel. This day will be spent in the National Park of Vatnajökull, with Skaftafell National Park situated near the largest glacier in Iceland and Europe, Vatnajökull. A hike to a beautiful waterfall called Svartifoos, situated in a beautiful basalt columns. A beautiful walk to Skaftafellsjökull, where several glacier moraines indicate the melting of the glacier in recent past. An amazing visit to a natural ice cave in Vatnajökull (winter). Visit Fjarðárgljúfur canyon on this day.

Breakfast at hotel. Djupivogur, picturesque fishing village, is known for its art and beautiful views. On the way to Egilsstaðir we will visit a waterfall, Litlanesfoss waterfall, with a view from the top. Hengifoss waterfall is one of the highest waterfalls in Iceland, located in a beautiful geological setting. Litlanesfoss is surrounded by beautiful basalt columns. On our way to Mývatn Lake we will visit Egilsstaðir village which is located on the banks of the Lagarfljót river.

Breakfast at hotel. Dettifoss waterfall is the largest waterfall in Iceland and the most powerful in Iceland and Europe. It falls about 100 meters down to Jökulsárgljúfur canyon. Námaskarð, often referred to Hverarönd is an active and ever changing field of thermal springs, mud pots and boiling mud. The geothermal activity brings to the surface bubbling mud pools and steaming ground and colorful fumaroles and solfataras. The beautiful colors are due to Sulphur and white and yellowish brown sulphates are deposited. Few kilometres to the north of Námaskarð, is Krafla volcano, the central volcano.

Breakfast at hotel. On this day venture into one of the most exciting and famous places in Iceland, Snæfellsnes Peninsula, where Julus Verne found inspiration for his book “Journey to the Center of the Earth”. Kirkjufell mountain, located on the northern site of the Snæfellsnes Peninsula, is one of the most picturesque mountains in Iceland, and with the Kirkjufell waterfall in the vicinity makes a wonderful nature stop. Djúpalónssandur black beach is a bay at the tip of Snæfellsnes Peninsula. The black small pebbles on the beach have been smoothed by the ocean waves, and amongst them are scattered rusty parts of a wreckage of a ship that stranded in the area in 1948. In the old days fishermen used to test their strength by lifting heavy rocks, that still lie there. Heaviest is Fullsterkur (“full strength”), weighing 154 kg, next is Hálfsterkur (“half strength”) weighing 100 kg, hálfdrættingur (“weakling”) weighing 54 kg and Amlóði (“Useless”) 23 kg. They were traditionally used to qualify men for work on hirng boats, with the Hálfdrættingur being the minimum weight a man would have to lift onto a ledge at hip-height to qualify. Lóndrangar cliffs are volcanic plugs of basalt, of 61 and 75 meters of height, that have formed by erosion of the surrounding material. Vatnshellir lava cave is a lava tube in a 8000 year lava field. The lava was formed in an eruption in a nearby crater Purkhólar. During the eruption the lava flowed downhill, cooling down on the surface while still running below, ultimately draining out and leaving a beautiful lava tube, which is now accessible Hellnar is a small and ancient fishing village. Hellnar beach has amazing rock formation which will be visited.

Breakfast at hotel. Hraunfossar and Barnafossar waterfalls are located in the less visited Western part of Iceland, Borgarfjörður. Hraunfossar are one of the most beautiful waterfalls in Iceland, where series of waterfalls stream out of the porous lava into the Hvítá river. The streaming water stretches over a distance of around 900 meters, out of Hallmundarhraun lava field. Nearby Barnafossar, which means the children´s waterfall, are named after children that lost their lives into the waterfall. The story says that there was a natural bridge, of lava, over the waterfall, that was destroyed by a mother that lost two of her children while crossing the river over that bridge. Into the glacier (summer) is a man made ice tunnel into the second largest glacier in Iceland, Langjökull A pickup for the trip is in Húsafell. A monster truck will transport passengers upon the glacier where a welcoming guide awaits to take travelers into the ice tunnel. In a good weather the view from the glacier top is spectacular. Th day ends in the relaxing atmosphere in the Blue Lagoon.

Please contact an Aspire Expert for pricing on the following:

Starting from prices are per person based on double occupancy departures from New York. Add-on fares are available from other cities. Certain black out dates apply on the accommodation and tour value add offers – check with your Aspire consultant. Seats are limited and may not be available on every flight. Hotels are subject to availability. All prices reflect a discount for purchases made by cash/wire transfer/check, please see terms and conditions for credit card payments. There are no discounts for payment made by credit cards. Cancellation penalties and other restrictions apply. 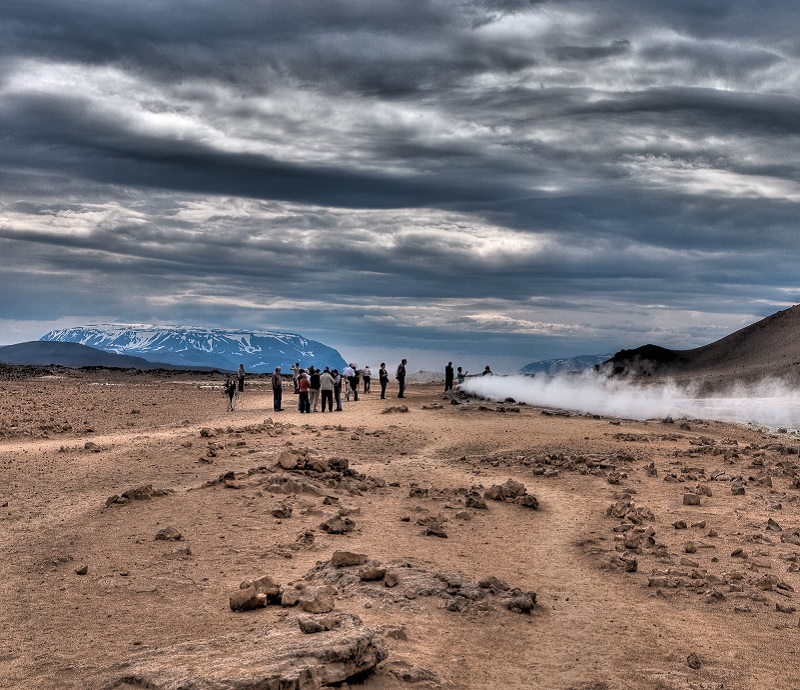 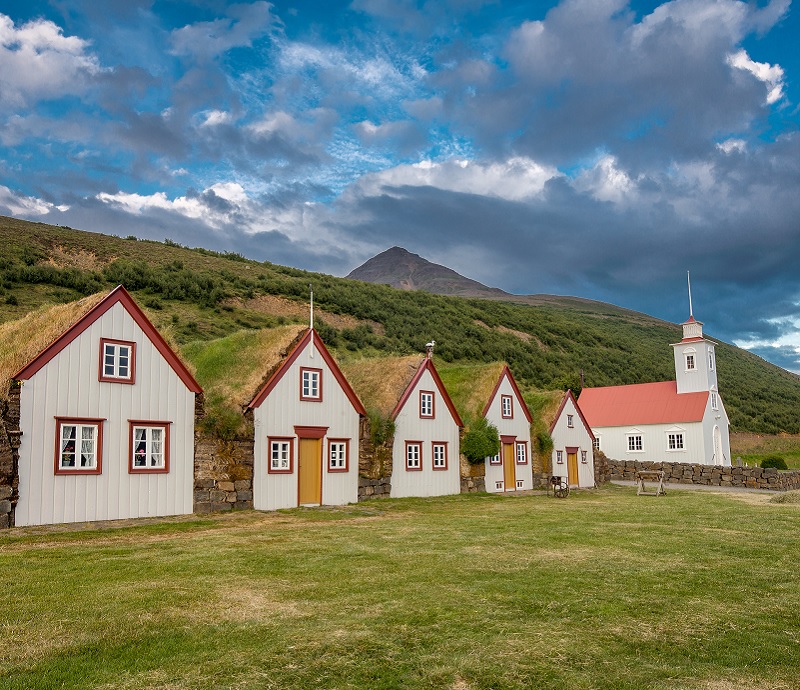 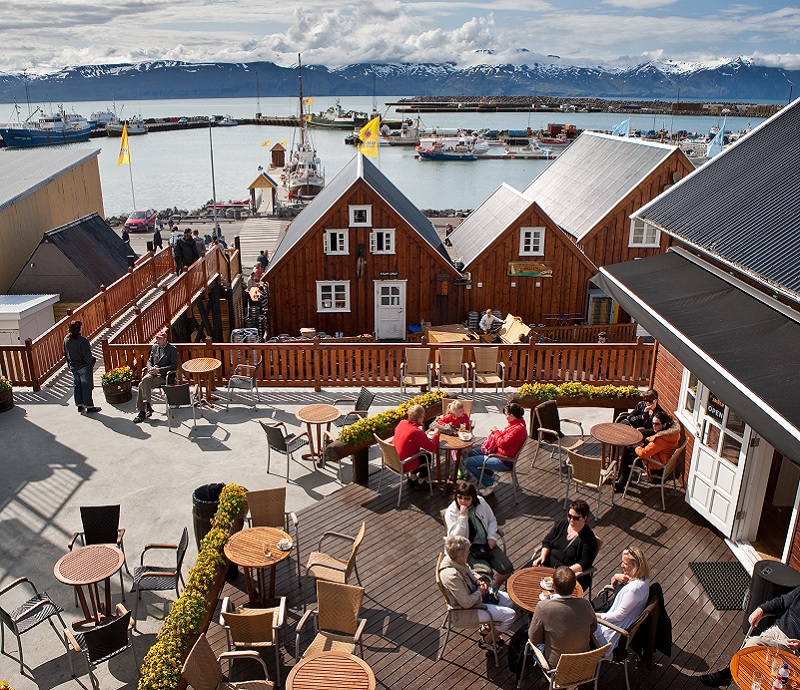 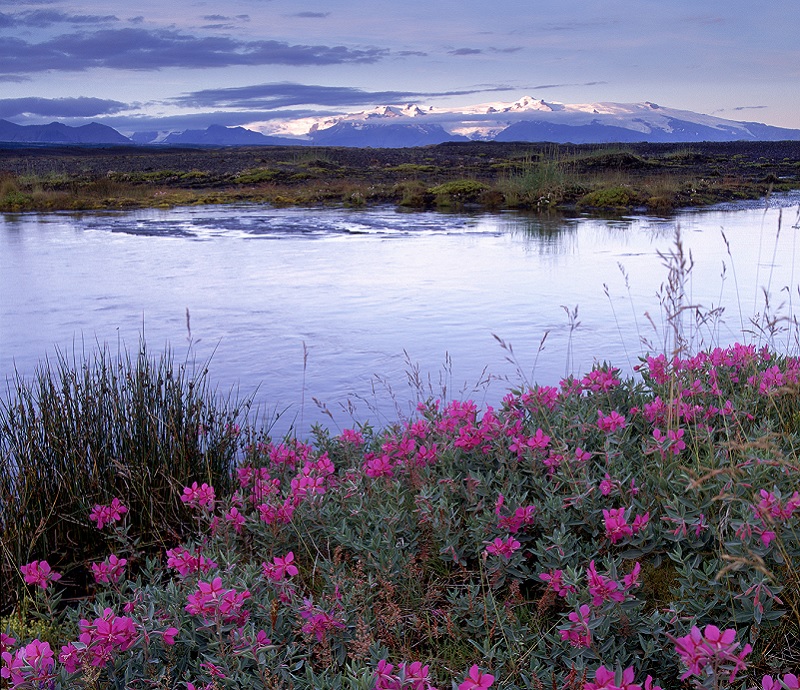 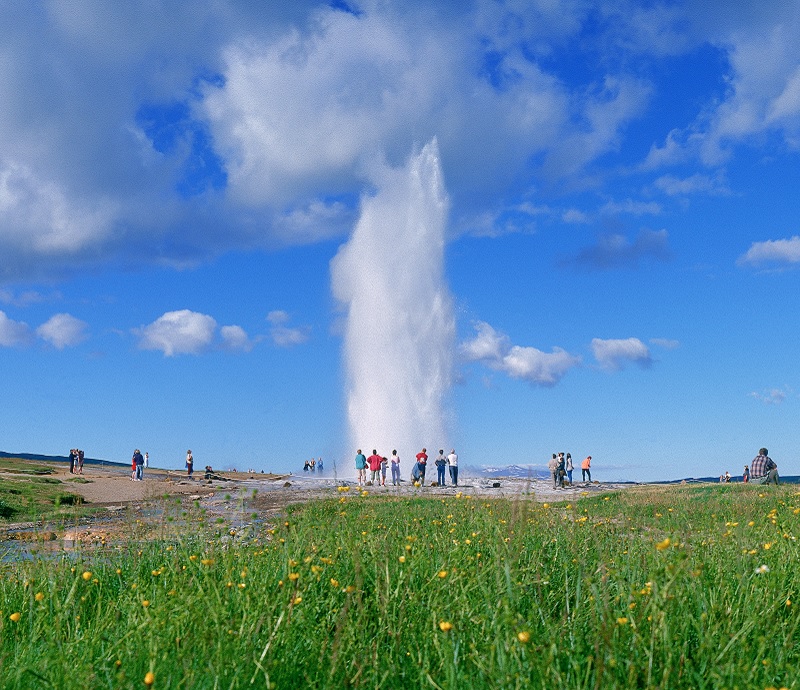 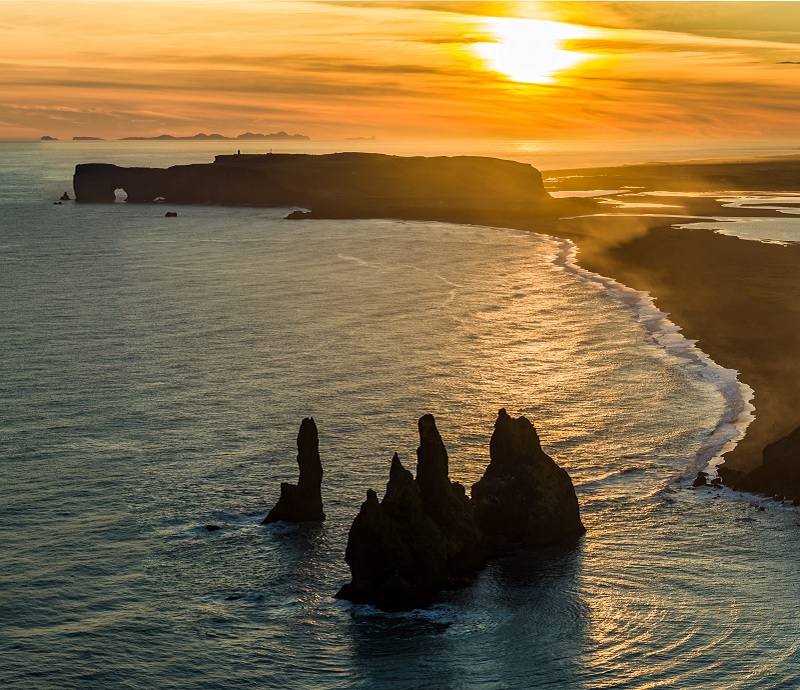 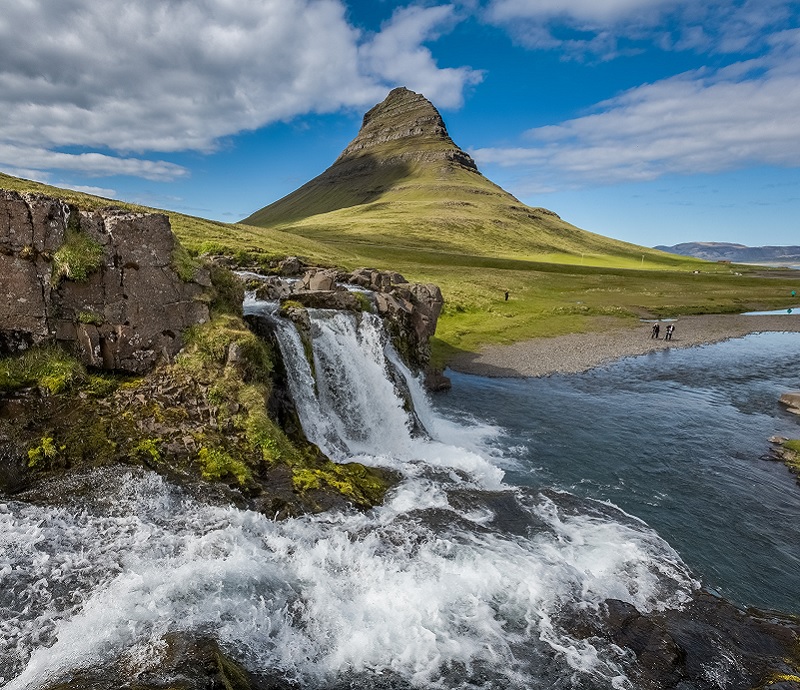 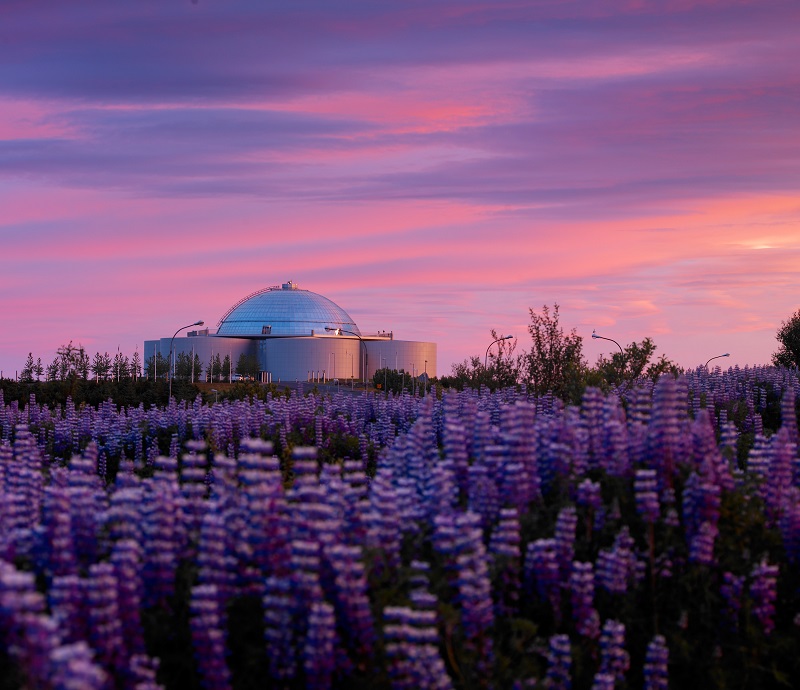 Inquire about this trip

Do U.S. Citizens Need a Visa for Iceland?

U.S. citizens may visit Iceland without a visa for up to 90 days for tourist or business purposes. The US is listed under the Schengen visa-free countries, and as such, its citizens are exempt from the short-stay visa requirement.

There is only one case when US citizens do need a visa, and that is when a US passport holder has been denied entry to any of the Schengen members, for a particular reason.

What weather to expect

Although the name Iceland suggests frigid, below-freezing temperatures, this country is not the tundra many people imagine. During the winter months (November – March), the temperature is typically between 25 – 40°F. In the summer (June – August), temperatures range between 45 – 65°F.

What time of year to travel

Iceland is a year-round destination. People visit in the winter to see the Northern Lights and enjoy the winter scenery and in the summer to experience the long days, warmer weather, and access to the highlands.

Will it be crowded in Iceland

Iceland is one of the most sparsely populated countries in the world. It is about the size of New York state, but Iceland has a population of only 350,000 compared to New York’s nearly 10 million. And though Iceland may be on the rise in popularity for travel, it is still an emerging tourist destination.

What should I pack for Iceland

The weather in Iceland can change frequently, so it is important to be prepared for sudden shifts in temperatures, rain, and/or wind. Layers are always a good idea, so you can adjust to the weather throughout the day. Other essential items include:

A hire car cannot be driven in the Highlands area. In regards to gravel roads; technically you’re not recommended to take a hire car on gravel roads, but in Iceland you may not have a choice. Some guesthouses are located on gravel road. Consider getting extra car insurance with gravel protection if it is something that might worry you. Ask us about what car would suit you – as it depends on the time of year and where you want to go!

When driving in Iceland, plan that all your destinations are going to take longer to reach than planned. Most of the time it is because you are going to make unanticipated stops to check out a waterfall, a viewpoint, a museum, or a shop. Sometimes it is also that traffic is just slow, animals may be crossing the road, or there is bad weather. If you build some extra time into your day, you won’t have to be rushing around at the end of the day.

Foods to explore in Iceland

There are many foods to try, including: